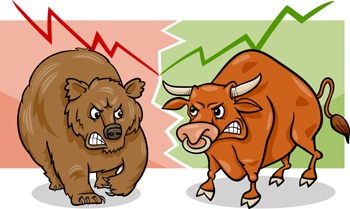 Tuesdays US non-manufacturing PMI release was much worse than expected and within seconds, the effects were felt as the USD fell hard against its major peers. Will this place a hold on the much anticipated September interest rate increase originally hinted at by the Fed minutes released late August?

Fridays disappointing US jobs report coupled with today’s dismal macro report all but guaranteed the Fed would be reluctant to move against the economy. Further, the uncertainty from the upcoming presidential elections in just over 2 months’ time does not help the case for a rate hike. The market’s reaction Tuesday appeared to confirm these theories.

Following the dismal US report, the Cable reached its 8 week high at 1.3444. After falling briefly below the big figure of 1.3300 earlier in the session, it bounced back quickly as the initial scare of the Brexit results have seemed to no longer attract the same level of fear that originally resonated through the market. Wednesday’s UK Industrial and Manufacturing Production data for July may be the turning point that drives it firmly back toward the 1.4000 range. On the other hand, it could be the catalyst to continue the Cable’s previous 3 months’ downward trajectory.

European Data showed the regions Q2 GDP grew as per original estimations by 0.3%, with German factory orders have risen better than expected during the month of July by 0.2% which was adjusted compared to June that was also revised higher after final data a came in.

The GBPUSD is now poised to extend its gains, as odds of a rate hike in the US this September have faded further. In the 4 hours’ chart, technical indicators present a strong upward momentum, near overbought territory. More relevant, the pair is above the 50% retracement of its latest slide, and Friday’s high around 1.1250, with the 61.8% retracement of the same rally being the immediate resistance around 1.1275. An extension beyond this should open doors for a continued advance up to 1.1366, the August monthly high.

Both the AUD and JPY continued to show strength today with the AUD being the most impressive of the two by continuing its impressive come back of the last few weeks spurned, on by the RBA’s decision to leave the key benchmark interest rate at 1.5%, contrary to expectations of a lowering of rates at the last meeting. It appears that if anything, rates will rise rather than fall, buoying the Aussie’s momentum to its rise against most of its peers.

September’s seasonal volatility favors a weak Dollar, and right on schedule that is what we are seeing. Will this continue for the entire month of September? Only time will tell, but we look forward to monitoring the market closely and alerting our clients all over the world with Forex signals when it is time to trade.