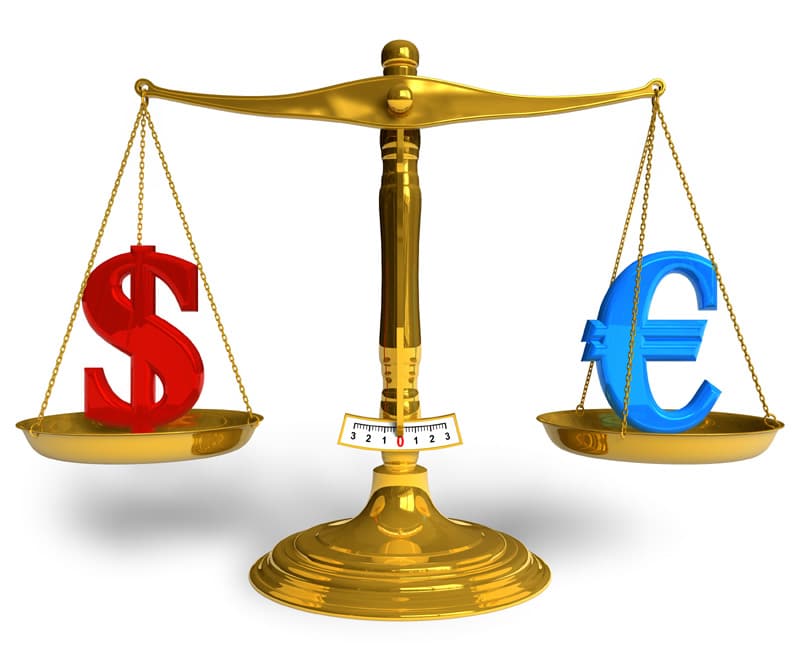 Will The EURUSD See Parity Before 2017?

The elusive EURUSD parity; we have not actually seen a 1:1 ratio between the EUR and the USD since 2002. Recent market movement has put this prospect on the table and here is why.

Parity – Dollar Bulls Are Back

The EURUSD looks set for a move toward parity as renewed confidence in the U.S. is felt throughout the world. Although originally skeptical in the scenario of a Trump presidency, now it seems that the world markets have fueled optimism in the financial health future of the United States.

The next hot topic is the possibility of an interest rate hike in December. Many pundits believed the delay in raising interest rates was for political reasons, and the odds have increased dramatically now that the politics of the election is behind us. When the interest rates go up, the value of the currency increases and it attracts greater interest and becomes more valuable. This adds further to the emphasis we see now on a stronger U.S. Dollar.

USD Index At Strongest Peak Since 2003

The USD Index hit a high of 100.96 on November 17th. The Index measures the strength of the US Dollar next to a basket of other currencies. We have watched it soar to its highest level since 2003 while the stock market is also showing an overall bullish outlook. 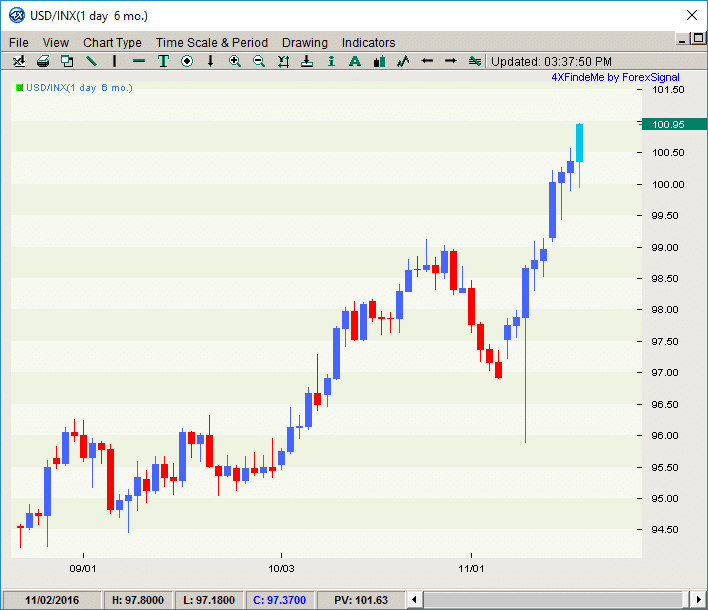 Meanwhile, the Eurozone is not performing as it should and has put the Euro under pressure. The combination of a strengthening Greenback and weakening Euro puts the move toward parity a possibility soon. Although I would not be surprised to see a substantial continued move toward parity before the end of the year, it is not likely to see parity breached until after the new year since we only have a few weeks to go before we usher in 2017.

Forex traders – now is the time to stay abreast of the movements in the market and we will be looking to send EURUSD Forex signals to our clients all over the world as our trade criteria confirms.