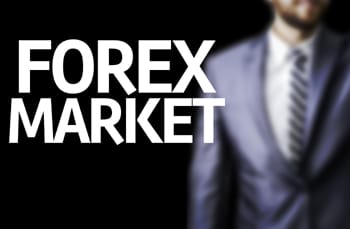 There wasn’t much action today in the Asian session with only the greenback making a significant mark on the market. This was due to the likely announcement of the Fed chair by President Trump.

The biggest event of the day was the ECB announcement. During the official press release, the European Central Bank told journalists that they intend to keep their current monetary policies. With that, the refining rate still remains at 0.00%, while the marginal rate was at 0.25%. The deposit rate is also unaffected, staying at -0.40%.

Concerning their QE program, the European reiterated that the purchase of assets will remain at the monthly rate of €60 billion, until the end of the year. The net asset purchase will decrease to 30 billion a month till September next year,

The euro was the most actively traded currency and had been affected by the statement made by the European bank. The euro was affected when the ECB released their statement with the band stating that it would keep its soft pedal on its QE program.

The number of Americans that are filling the jobless form had drastically reduced. This figure had an increase on the one speculated last week. This implies that the market continues to reply in a positive way after the hurricanes.

The initial data that was recorded for the states recorded unemployment benefits of more than 10,000, shifting from the earlier 233,000 last week. According to the U.S labor departments, the fall is lowest witnessed since 1973

The effects of both Hurricanes and Harvey and Irma aren’t affecting the data being collected for the mainland United States. However, both Irma and Hurricane Maria have impacted the data that is collected from both Virgin Islands and Puerto Rico.

Last week was the 138th straight week that jobless claims had stayed well below 300,000 benchmarks. This is the longest run since 1970