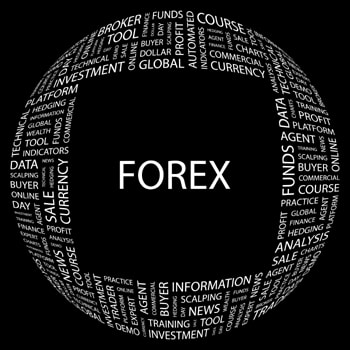 The Australian dollar is leading the market so far in 2021 as positive economic developments and the country’s success with Coronavirus helped push the Aussie’s price higher.

Aussie, the Best Performer of the Week

The Aussie (AUD) is the best performing major currency of the week, recording gains against all the leading currencies. The AUD/JPY pair went up by 1.55% this week, ending the week at 80.73. The Aussie also recorded a similar growth against the GBP, with the AUD/GBP pair ending the week at 0.5721. Furthermore, the U.S Dollar continues to experience mixed recorded losses against the Aussie this week. The Australian dollar recorded gains against the Kiwi, EURO, Swiss Franc, and the Canadian Dollar.

Positive economic updates pushed the Aussie’s price higher this week. Australia PMI held close to a three-year high despite shipping delays last month. Australian job advertisements rose by 9.2% in December, with jobs in the country now 5% higher than it was in December 2019. Analysts are suggesting that the Australian unemployment rate could fall to less than 6% during 2021. Australia services PMI also went up to 57.0 last month vs. 55.1 in November.

The U.S Dollar (USD) had a mixed week amidst turmoil in the United States political scene. Civil unrest and disappointing NFP data affected the currency’s performance; however, by the end of the week, we saw the USD gain against some of its competitors.

The ForexSignal Trading Team took advantage of the Greenback’s short trend and sold the USD against the CAD, achieving Target 3 success and a maximum move of 96 pips.

The NFP data was weaker than expected. It featured job losses at 140k instead of analysts’ expectations of a 71k job increase. The contraction in ADP figures earlier this week came as a surprise to the market. The ISM Services PMI Employment subcomponent retraced back into contractionary territory. The NFP data suggests that the labor market is slowing down as the United States renews its lockdown measures. However, the encouraging news from the NFP report was the upward revision to the prior from 245k to 336k. The country’s unemployment rate remained at 6.7%, surpassing the expectations of a slight increase to 6.8%.

After the Aussie, the Kiwi was the second-best performer of the week, recording massive gains against the JPY, GBP, USD, EUR, CHF, and the CAD. The JPY began the new year as one of the biggest losers. The broad positive sentiment meant that there are hopes for economic recovery, which affected Yen’s status as a safe-haven currency. It was bearish against all the other major currencies, failing to record gains against even weak performers like the GBP and USD.