Despite the poor NFP report, the USD started out very strong last week, but the pressure of sales began to mount on the greenback on Tuesday after the news of Hurricane Irma broke, and this came not long after the Hurricane Harvey.

Surprisingly, as we begin the week of September 11th, the USD has gained some momentum and made a great comeback, showing the resilience of the USD despite the devastation of the past few weeks. Will the Greenback continue to rise? Time will tell.

We were able to bank profit of 46 pips with our Trade Copier and the maximum the trade moved was 55 pips, just shy of our 3rd?. 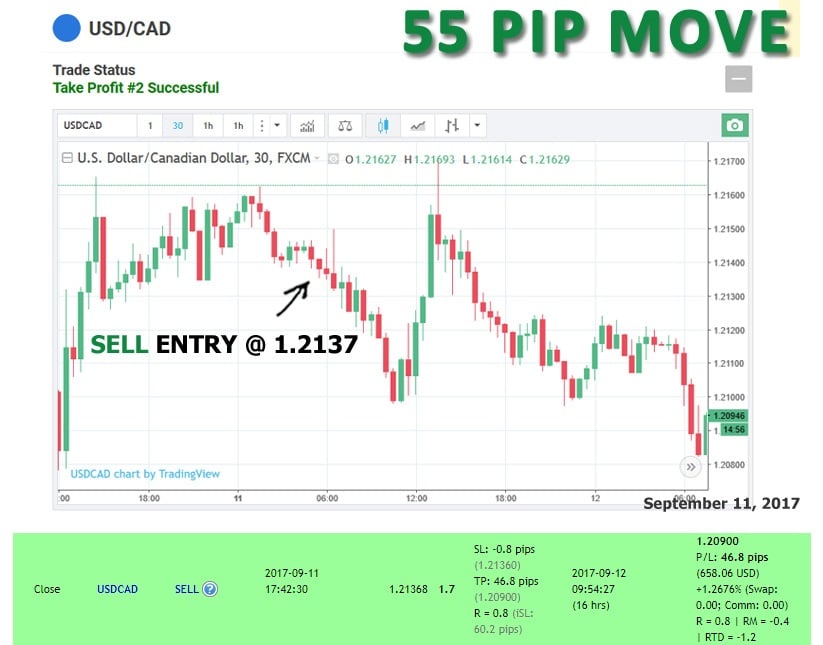 By the way, do you know why the Cad is referred to as the Loonie?

The euro, on the other hand, had a mixed reaction last week but ended up being the biggest loser. Market analysts insisted that the weakness of the Euro can be attributed to the lack of demand for the currency ahead of the ECB statement. There is a high chance that the European bank might try and talk down the euro.

The GBP turned out to be the overall winner last week despite mixed performance. It has had a weak start to the week against the greenback but nonetheless showing strength against the yen.

UK inflation report: Tuesday, 8:30. This is the first major event of this week and with the economy of the UK slowing down, it is expected that the CPI rates will rise from the current 2.6% to 2.8% and that will lead to a boost for the GBP.

US PPI: Wednesday, 12:30. This data usually gives an insight into the future consumer prices and serves as a warm to CPI report. Headline PPI is expected to rise by 0.3% while core PPI is slated to rise by 0.2%

Australian jobs report: Thursday, 1:30. The Australian job market has been very good in 2017 and 19.2k gain is expected for August after they recorded 27.9k in July, thus keeping the unemployment rate at 5.6%.

US retail sales: Friday, 12:30. The retail sales will be one of the final events of the week and it is expected that the headline retails sales will go up by a tiny 0.1% after 0.6% beforehand. Core retail sales, on the other hand, is expected to be at 0.5%, which is actually a repeat of the number seen in the previous month.

US consumer confidence: Friday, 14:00. This data is regarded as a preliminary of the University of Michigan survey and a score of 96.8 is expected for August.